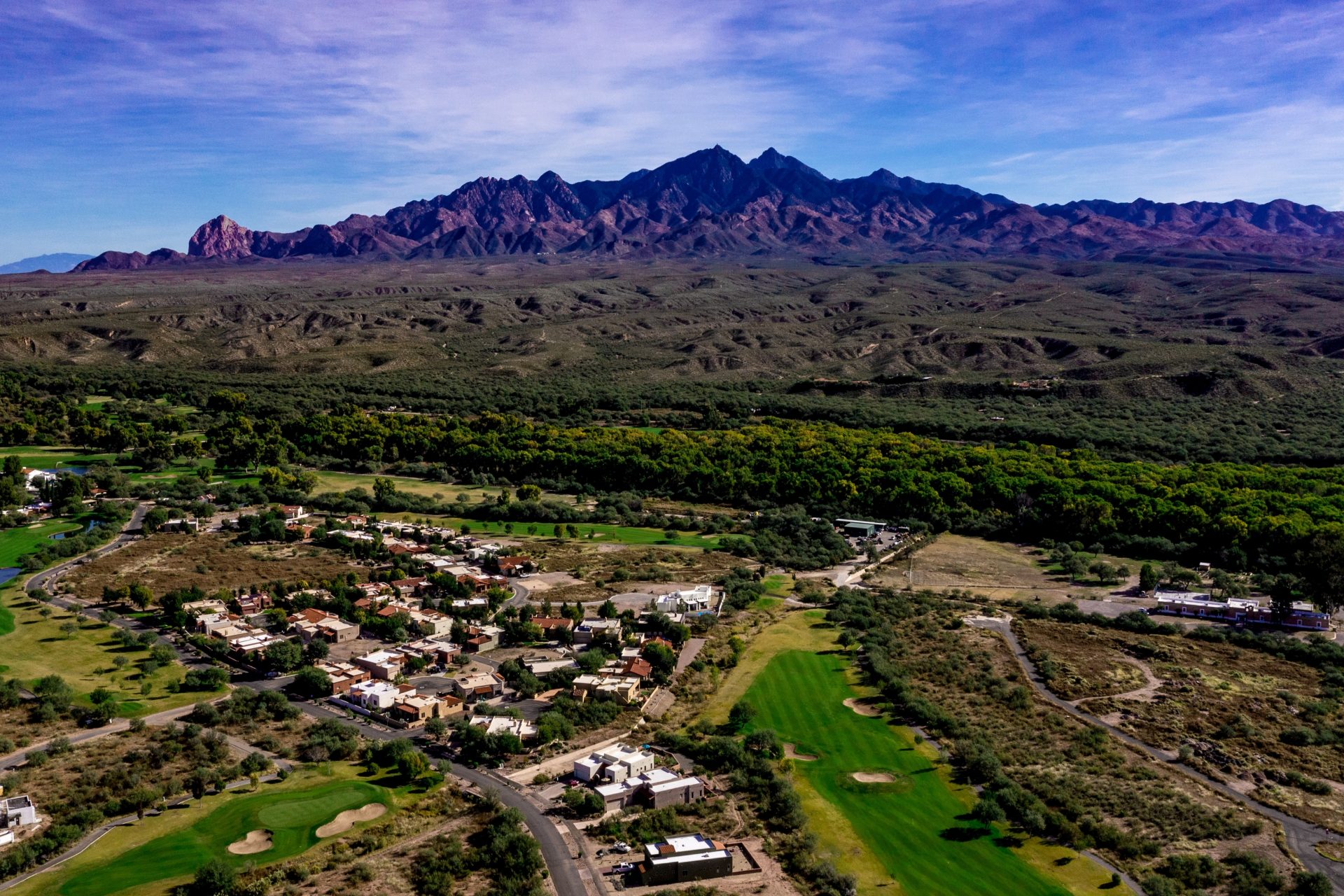 Tubac is a census-designated place (CDP) in Santa Cruz County, Arizona, United States. The population was 1,191 at the 2010 census. The place name “Tubac” is an English borrowing from a Hispanicized form of the O’odham name Cuwak, which translates into English as “place of dark water”. When first taken into Spanish speech, it was spelled Tubaca. Finally, over time, the latter “a” was dropped. Tubac is situated on the Santa Cruz River.

Tubac was the original Spanish colonial garrison in Arizona. It was depopulated during the O’odham Uprising in the 18th century. During the 19th century, the area was repopulated by miners, farmers and ranchers, but the town of Tubac is best known today as an artists’ colony.

You found the right website if you are searching for homes for sale in Tubac, AZ. Our website has EVERY Tubac home for sale in Arizona listed with MLS of Southern Arizona.

Established in 1752 as a Spanish presidio, the first Spanish colonial garrison in what is now Arizona, Tubac was one of the stops on the Camino Real (the “Royal Road”) from Mexico to the Spanish settlements in California.

Tubac’s most famous Spanish resident was Juan Bautista de Anza. While stationed at Tubac (1760–1776), de Anza built the chapel of Santa Gertrudis, the foundations of which lie beneath today’s St. Ann’s Church.

Apaches attacked the town repeatedly in the 1840s, forcing the Sonoran Mexicans to abandon both Tumacacori and Tubac.

Tubac was the scene of a four-day siege in 1861, between Tubac’s male population, Confederate militia and Apache warriors.

The Confederates won and the Confederate flag used by the headquarters in Richmond was raised. When Union troops then started to approach Tucson the Confederate troops left Tubac. There the town laid abandoned; grass grew in the streets and the adobe houses crumbled away.

In the 1930s–1960s Tubac became an art colony. Painter Dale Nichols opened an art school in the small desert village in 1948 and restored some of Tubac’s historic buildings. Students included watercolorist Al Romo and sculptor Bob Brisley. In 1961, the Santa Cruz Valley Art Association was formed with 80 members and the group founded the Tubac Festival of the Arts in 1964. Other significant artists in the Village included Sophie and Harwood Steiger, Hal Empie and Hugh Cabot.

The remains of the old Spanish presidio are preserved by Tubac Presidio State Historic Park. The park also features a regional museum, an underground archeology display, and other historic buildings. Modern Tubac is home to over 100 art galleries, home decor boutiques, gift shops, jewelers, potters, journalists, artists of every kind. There is a very active Art school, many gourmet restaurants, and a golf resort nestled along a verdant valley with one of the oldest stands of cottonwoods in the state.

Historic ruins and structures in Tubac

This is a list of historic ruins and structures in Tubac which includes the Presidio Spanish Captains Quarters, St. Ann’s Catholic Church, the Tubac Schoolhouse and various historic residences. Also, included are displays of historical significance on display in the historic Tubac Presidio State Historic Park Museum and in the museum’s underground.

Ruins and structures in the Tubac Presidio State Historic Park

New to Market in Tubac, AZ

Y'all Come Back Saloon