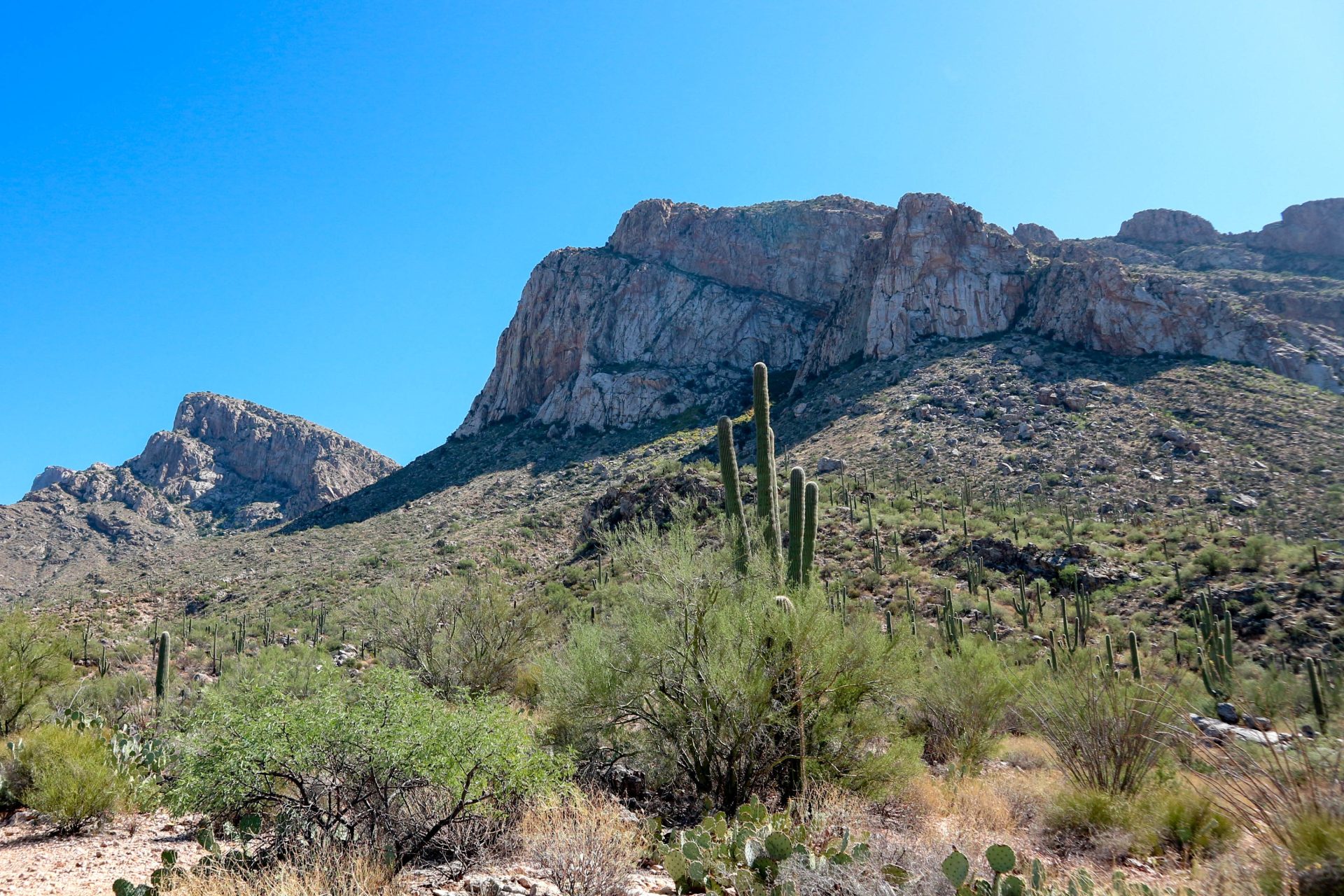 Oro Valley, incorporated in 1974, is a suburban town located 6 miles north of Tucson, Arizona, United States, in Pima County. Dubbed the “Upscale Tech Mecca” of Southern Arizona by the Arizona Daily Star newspaper, Oro Valley is home to over 10 high tech firms and has a median household income nearly 50% higher than the U.S. median. Oro Valley is situated in the western foothills of the Santa Catalina Mountains at the base of Pusch Ridge. The Tortolita Mountains are located north of the town, and vistas of the Tucson valley are to the south. The town occupies the middle Cañada del Oro Valley. Oro Valley hosts a large number of residents from around the US who maintain second or winter homes in the town.

You found the right website if you are searching for homes for sale in Oro Valley, AZ. Our website has EVERY Oro Valley home for sale in Arizona listed with MLS of Southern Arizona.

Pre-U.S. annexation period
The area of Oro Valley has been inhabited discontinuously for nearly two thousand years by various groups of people. The Native American Hohokam tribe lived in the Honeybee Village in the foothills of the Tortolita Mountains on Oro Valley’s far north side around 450 A.D. Hohokam artifacts continue to be discovered in the Honeybee Village that the Hohokam inhabited continuously for nearly 800 years, and studied by archaeologists around the globe.

Early in the 16th century, Native American tribes known as the Apache arrived in the southern Arizona area, including Oro Valley. These tribes inhabited the region only a few decades prior to the arrival of the Spanish Conquistadors, including Francisco Coronado. The Spanish established forts in the area, including the Presidio at Tucson (1775) beginning in the late 16th century.

Arizona Territorial period
Beginning in the 19th century, Americans increasingly settled in the Arizona Territory, following the Mexican–American War and the subsequent Gadsden Purchase including Southern Arizona. Following the Civil War and several Army efforts to pacify the Apaches, Tucson settlers ventured north to settle Oro Valley. Francisco Romero, from a Hispanic family tracing its Tucson roots to the early nineteenth century, established a ranch in what is Catalina State Park today by 1869. He constructed ranch buildings on the foundations of the Hohokam ruins in the park. Romero lived there intermittently from 1869 to his death in 1905. Members of the Romero family occupied land in that same area until 1930.

George Pusch, a German immigrant, occupied land in the area of Oro Valley after 1874, establishing a cattle ranch. This ranch was unique because it utilized a steam pump to provide water, eventually popularizing Pusch’s property as the Steam Pump Ranch on the Cañada del Oro. The steam pump was one of only two in the Arizona Territory. Pusch and his family never lived on the ranch. They visited frequently and employed caretakers to manage the property. George Pusch, and later the Pusch Land and Cattle Company, owned Steam Pump Ranch until 1925. Pusch’s ranch provided respite for settlers and travelers entering and leaving the Tucson area. Pusch Ridge is named in honor of George Pusch.

Large ranching families came to the Oro Valley area in the period 1930–1960. Many of these were wealthy individuals from the Midwest and the East. They vacationed in Tucson during the period and became interested in living in the desert. They purchased many of the homesteads occupied by original settlers who sold out after 1930. These wealthy ranchers obtained properties of 1000 to 7000 acres. They usually lived on the ranches in the winter months and employed caretakers to manage the property and cattle. These wealthy ranchers included Walter McDonald, John Procter, Lawrence Rooney, Joseph McAdams and Lloyd and Betty Golder.

Gold rushers into the American West also were attracted to southern Arizona, where gold was said to be in abundance in and around the Santa Catalina Mountains north of Tucson. Fueled by the legend of the lost Iron Door Gold Mine in the mountains, those in search of gold trekked through the Oro Valley area focusing their attention along the Cañada del Oro washbed. No significant amounts of gold were found locally.

Post-World War II period
After World War II, the Tucson area experienced dramatic population growth, impacting Oro Valley as well. Property owners began subdividing local real estate for development in the early 1930s. Construction of Campo Bello, the first suburban development, began in 1948. Lots in the Linda Vista Citrus Tracts were sold from the late 1930s to the 1960s and occupied by residents. In the early 1950s the Oro Valley Country Club opened at the base of Pusch Ridge, affirming the area’s future as an affluent community. The Suffolk Hills development was constructed in the period 1960–1962. Although one tract housing development was built in the area in the early 1950s, the majority of homes in the Oro Valley area were built by individual land owners on large lots in a low density residential style.

Founding of the town
The community continued to grow gradually, and area residents increasingly desired local control of the land in the area. In the late 1960s, incorporation became a greater focus in Oro Valley. Tucson mayor James M. Corbett, Jr. expressed great interest in expanding the Tucson city limits to the far north side of Pima County. Corbett vowed to bring the Oro Valley area into Tucson “kicking and screaming,” alluding to the reservations Oro Valley residents expressed in joining Tucson.

Through the 1980s and particularly in the 1990s Oro Valley experienced significant residential and commercial growth. In 1990 the town had a population of 6,670, and by 2000 that figure had increased to 29,700 residents. During that time, residential communities of all housing-unit densities were developed in the town, including several master-planned communities. For several years in the 1990s Oro Valley was the fastest growing municipality in Arizona.

Current state of the town
Formed by citizens of Oro Valley, the not-for-profit Oro Valley Historical Society has a mission in “preserving the Town’s heritage for future generations.”

The Naranja Town Site is also in the planning phase, and will ultimately be the largest recreational park in Southern Arizona. The site plans include a performing arts center, aquatics center, recreational fields, tennis, basketball, tether ball, and volleyball courts, canine center, BMX and skate park. However, plans for this park have been put on hold due to the defeat of the bond issue in the November 2008 election.

Catalina State Park and the Coronado National Forest in the Santa Catalina Mountains form the eastern boundary of Oro Valley.

The Oro Valley Historical Society (founded 2005), in cooperation with the Town of Oro Valley and Pima County, is working to maintain, restore, and interpret two park sites in Oro Valley.

La Cholla Airpark, a private airport community, is also in northwestern Oro Valley. La Cholla Airpark was founded in 1972 and includes nearly 100 residential estates. A 4,500-foot (1,400 m) air strip is situated at the center of the community for member use.

Oro Valley has very similar weather conditions to Tucson, due to their proximity to one another; however, there are small differences. Oro Valley sees slightly less rain throughout the year due to being west of the Santa Catalina Mountains and most of Tucson being to the south or southwest of the mountains. The general temperature of Oro Valley is slightly cooler than Tucson year round due to the higher elevation. Wind tends to flow in a north, northwesterly direction and the sun rises later than Tucson due to the Santa Catalina Mountains.

Innovation Park is the high-tech center of Oro Valley, featuring a number of medical and biotech campuses. Primary employers in Oro Valley include:

Arts
Each winter, Musical Magic for Kids is held at the Oro Valley Town Hall, along with multiple string quartet and choral performances throughout the town.

Every April, the Oro Valley Festival of the Arts is held celebrating all forms of art and artistic expression. Live musical performances are held throughout the spring in the open-air amphitheater at Cañada del Oro Riverfront Park.

The annual Independence Day celebration is one of the largest events in Oro Valley. The Tucson Symphony Orchestra performs, along with several choirs. Fireworks shows and concerts are also provided by the Hilton El Conquistador Resort.

The Oro Valley Music Festival is an annual outdoor music festival held over two days at the Golf Club at Vistoso, typically during the first weekend of October. The 2017 lineup included artists such as Gavin DeGraw, Lee Brice, LeAnn Rimes, Brothers Osborn and Echosmith.

Public art is exhibited throughout the year at the Oro Valley Hospital in Rancho Vistoso. A number of sculptures, murals, and statues of public art are featured throughout Oro Valley.

Oro Valley is served by the following publications: